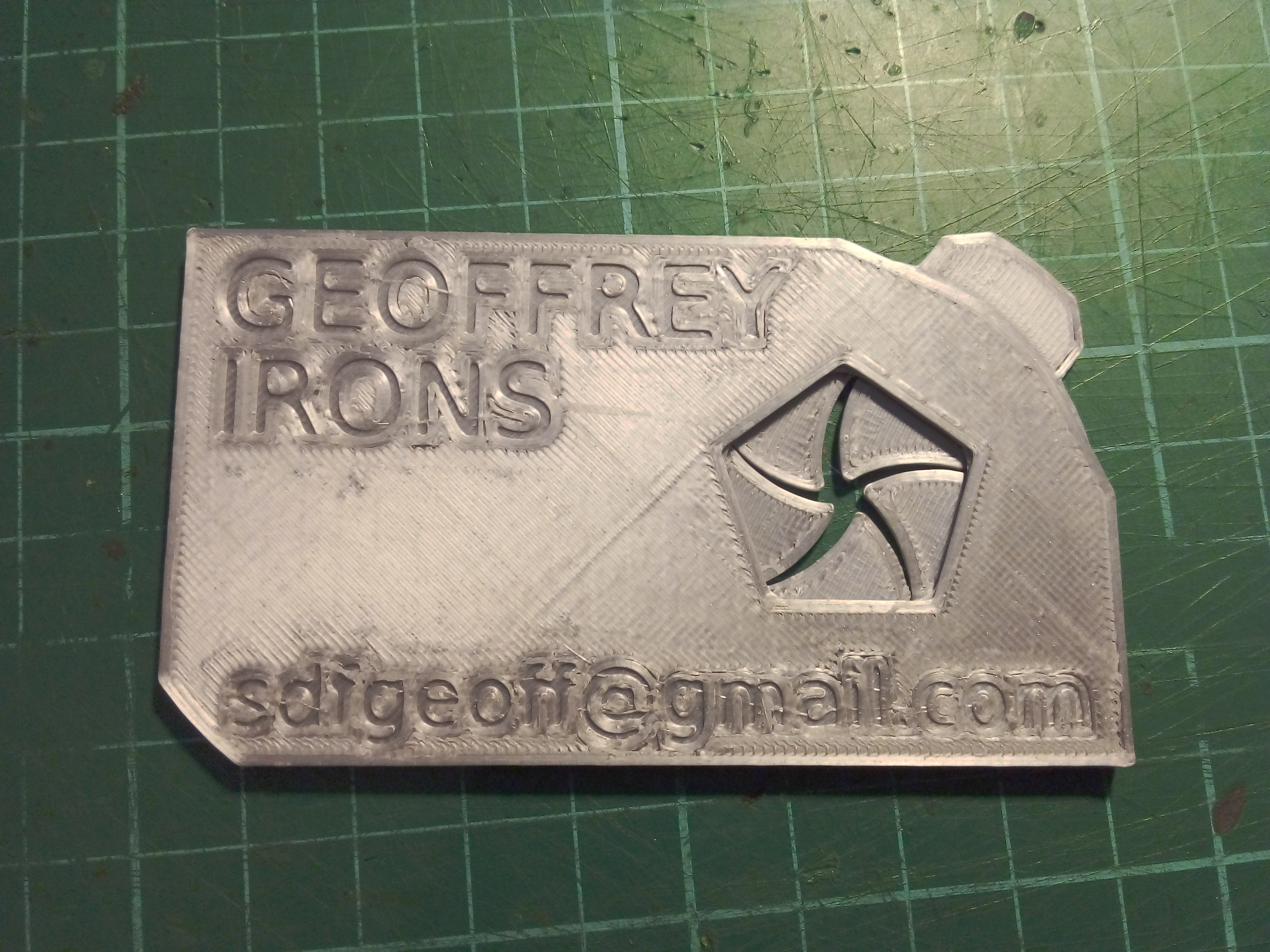 For a long time I've wanted to have a business card that was just a little bit different. I considered doing PCB/electronics, or 3d priting one, and then arrived at the idea of 3D printing one with moving mechanical components. 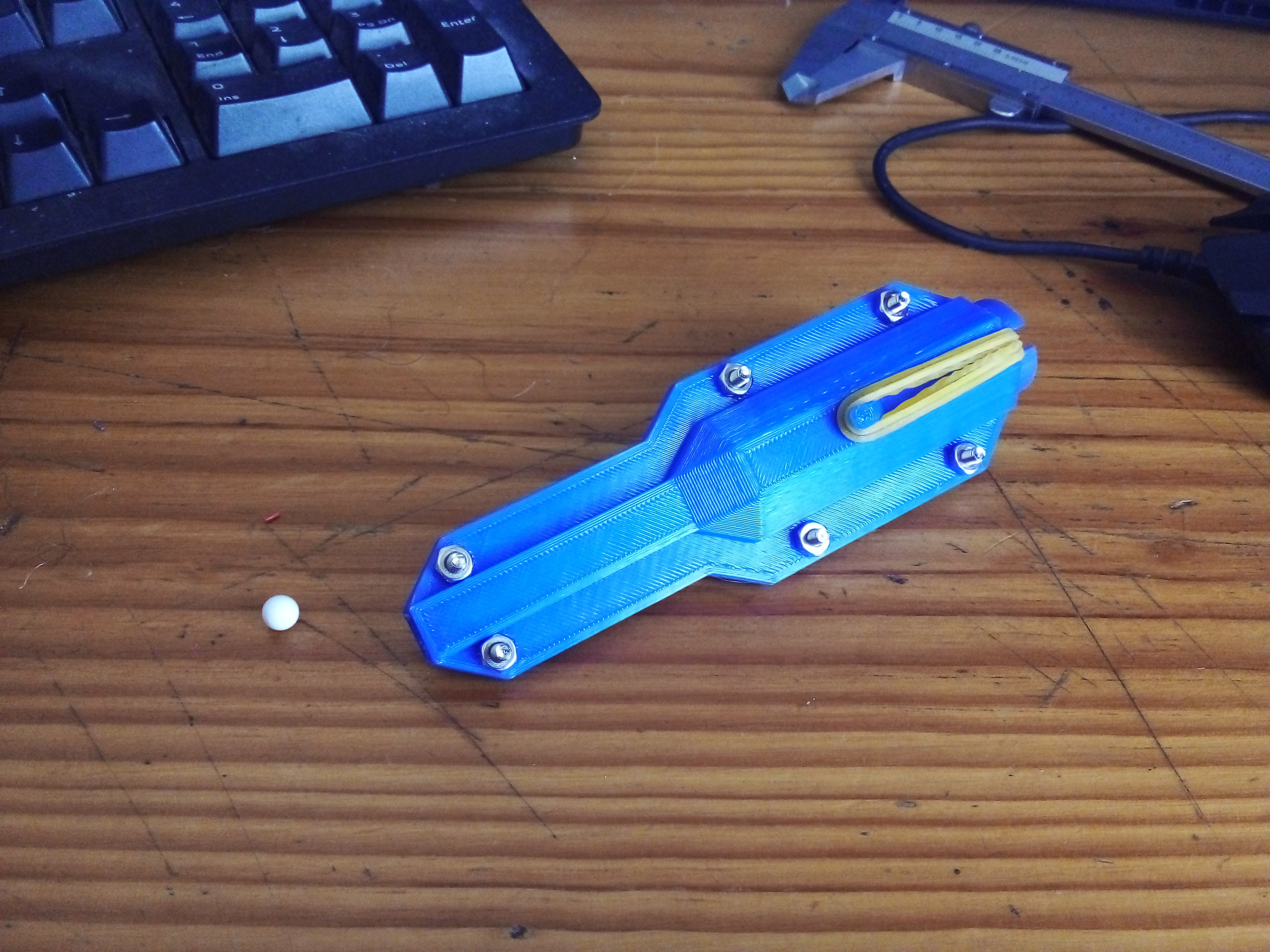 At the start of 2020, I build a quadrupedal mech armed with an airsoft guns. Because I was aiming for a compact design I opted to design my own airsoft gun. The design I used back then had the muzzle velocity too low and the accuracy ... 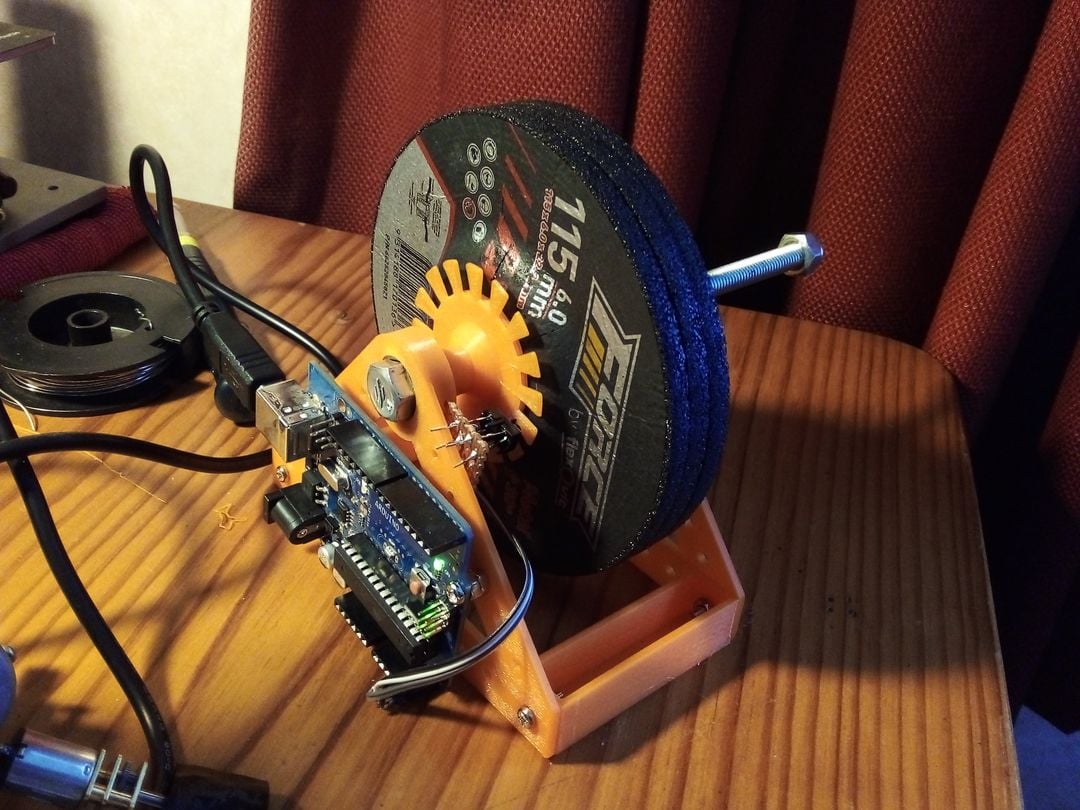 I quite enjoy making small RC tracked vehicles, and as an engineer I wanted to increase their capabilities - in speed. This means I need to know the torque-rpm-power graphs of the motors, which would allow me to size the motor to fit t... 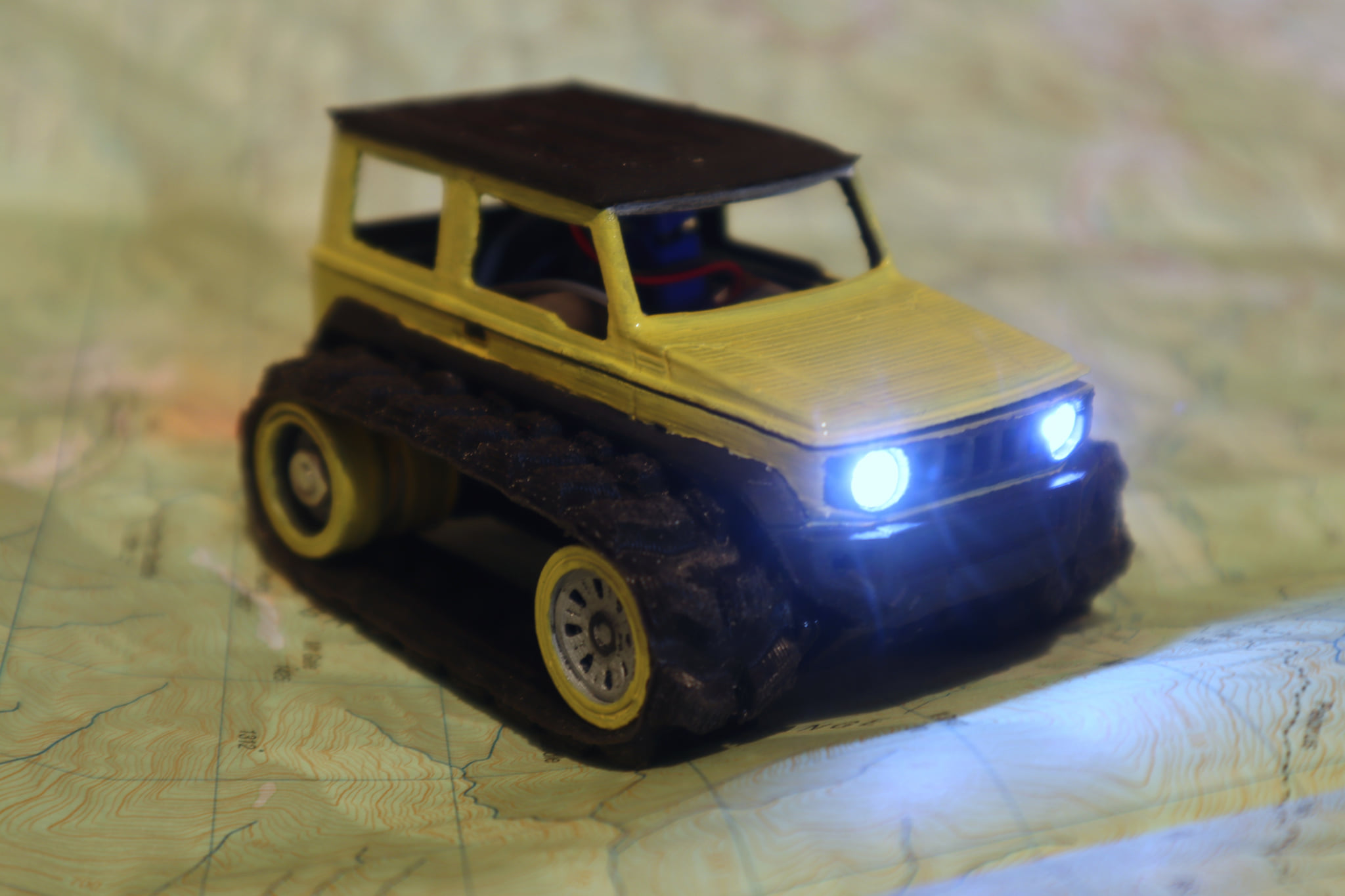 Jimnytrak is a remote controlled tracked vehicle based on the Suzuki Jimny 2019 - but modified to have tank tracks. This version is controlled over wifi, and it's great fun to crawl it around your living room. 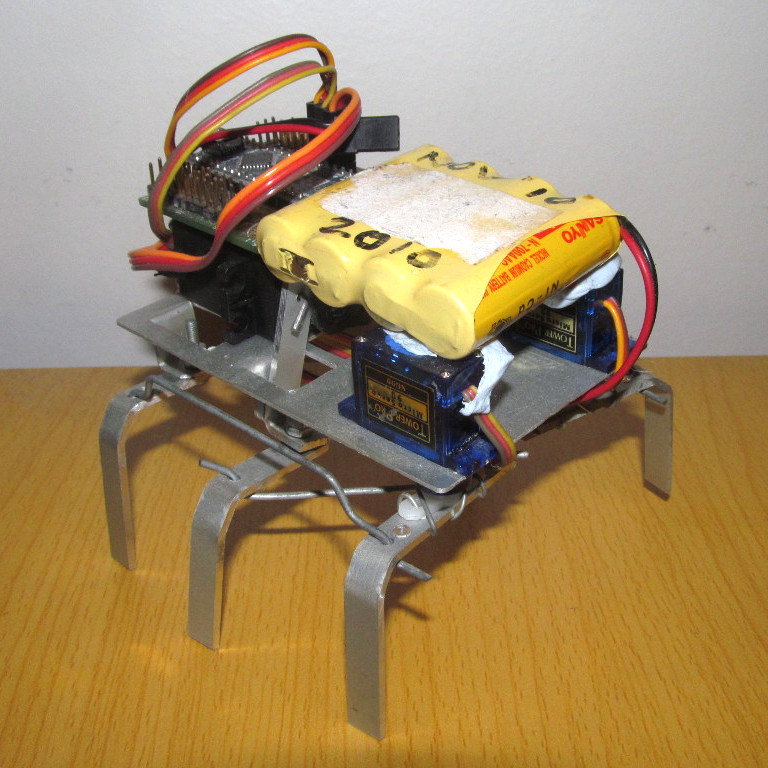 A walking robot!. After a discussion with a friend about walking robots, the challenge was laid down to build a walking robot as simply as possible. So I made the hacks-a-pod. Made from sheet aluminium, it uses three servo's to walk. D... 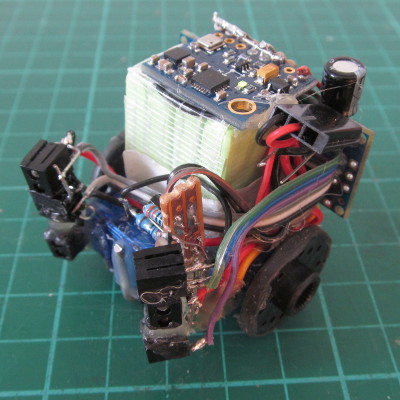 For a bit of a challenge I decided to make a small robot using off-the-shelf parts. The robot was intented to be able to locate and move small objects (such as marbles and dice), and to return with the objects to the starting positi... 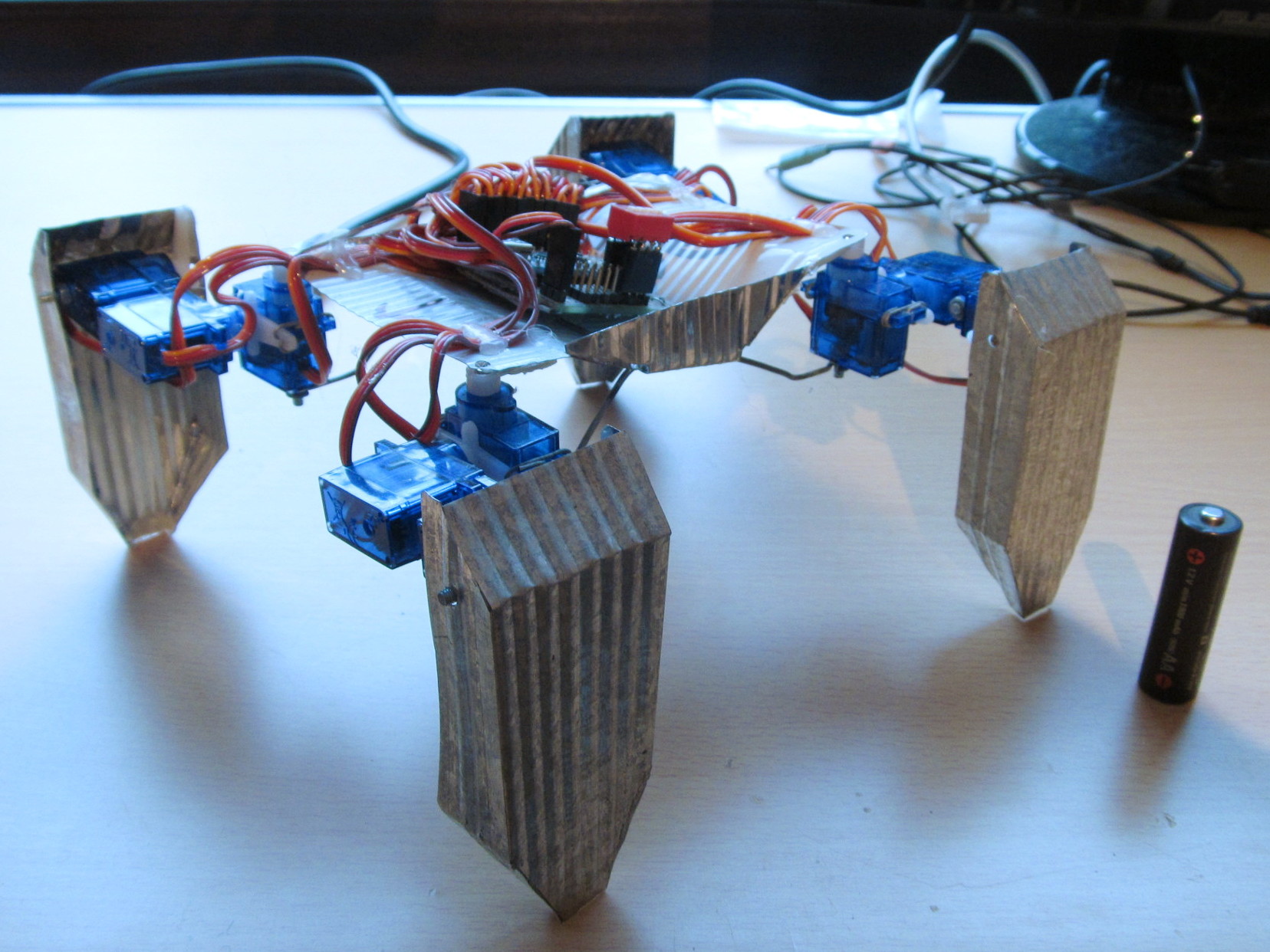 I always wanted a walking robot. So I built one! It's made from a bucket load of 9-gram servo's. Good thing they are so cheap. Even though each servo only draws ~150mA, by the time you have 12 of them all together you have a huge 1.8Am...